The most exciting encounters with music for us happen when we feel something profoundly new arises, and we want to share these discoveries with you (before everyone else finds out). Within the ‘Uprising’ series we’re looking to present these outstanding new names that emerge on the globalised genre-bending scenes of today.

We launch this new series with Drömfakulteten collective – a prime testimony to the current wave of the (often female only) collectives disrupting the masculine paradigm of Techno. Hailing from Stockholm, where they share a studio, the crew works within a wide spectra of music, visuals and creative technologies. Their sonic output is where insane gabber meets electroacoustic music, lush pop waves, black metal and trance.

On the night of July 7th, Drömfakulteten will hit Ankali in full effect. Following the acclaimed release on Pedder Mannerfelt Produktion, Sissel Wincent will test our soundsystem with live version of her ritualistic experiments. Next up is Maria W Horn with her specific take on drone and musical overload via live A/V performance. Also on the bill is Lois Nygrenspreading her love for industrial and gabber. Opening the night is the Prague-based heroine Dash, a rare and intricate voice on the local Techno scene. 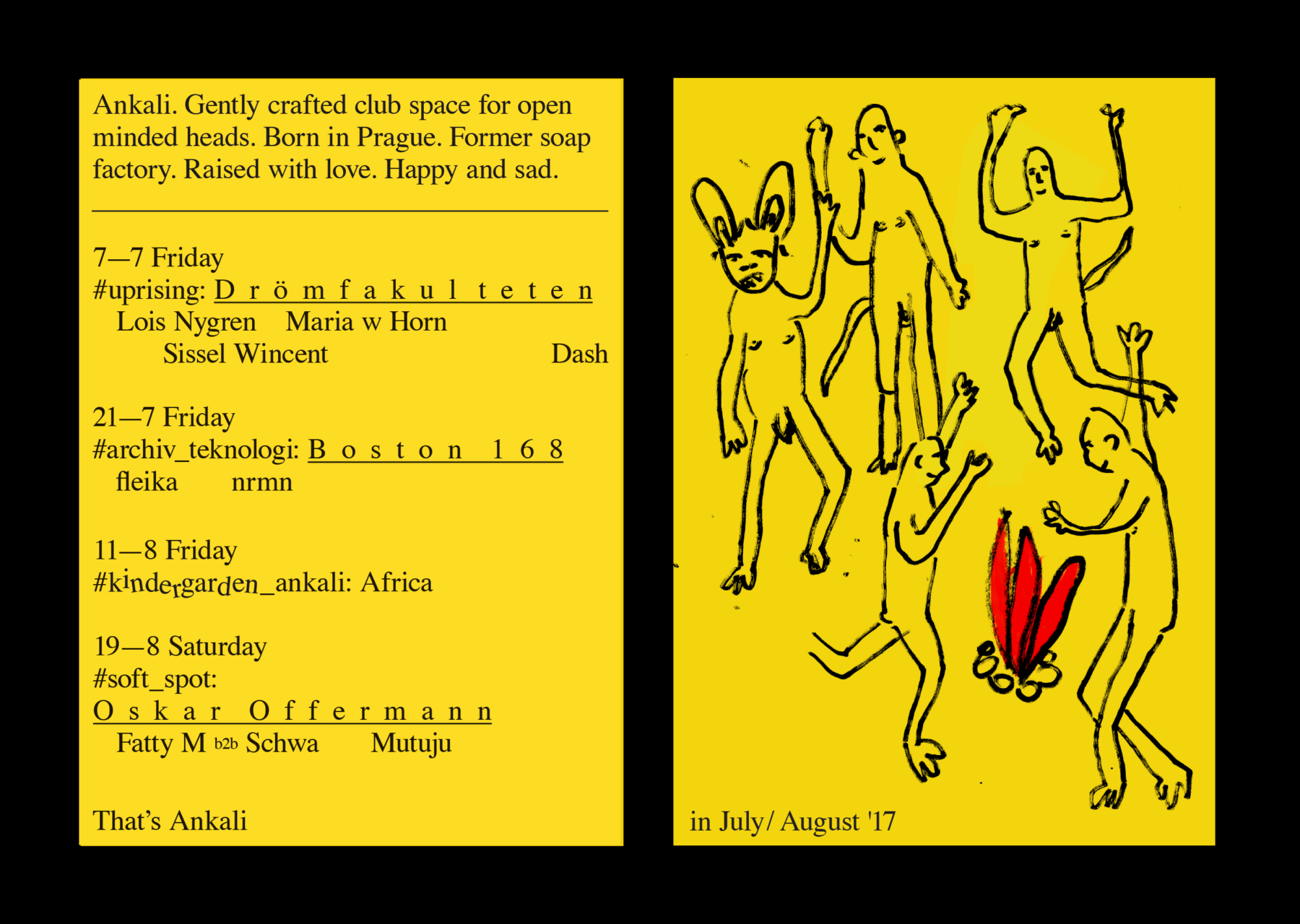