A year ago we opened the grey gate of Ankali for the first time. What followed is hard to describe and to celebrate the anniversary, we’ll do what we know best: throw a really long party. From Friday night to late Sunday morning, we’ll bring together some of the most beloved artists from abroad with the whole ensemble of our residents.

Answer Code Request aka Patrick Gräser is a resident of Berghain and an artist who is constantly refining the edges of what Techno can sound like. The nocturnal atmospheric sounds of his production reveal both his penchant for nautical sound explorations as well as a soft spot for early UK hardcore.

The French dj and producer Dj Deep runs the Deeply Rooted imprint and is a stalwart of the Paris scene. Via the label, he has released music by Kerri Chandler, Mike Dehnert or Roman Poncet [as well as his own production] and in his sets all facets of club sounds of the past and today share space with clear focus on reckless techno.

Efdemin is name that needs little introduction: He burst onto the scene in late 00’s via a string of EPs and an eponymous album for his home plate – Dial Records. Two fantastic full lengths – Chicago and Decay – followed later, as well as unisono global acclaim for his work as a DJ with a one-of-a-kind ear for hypnotic sounds with a tender core. It seems like a perfect time for his return to Prague, as Efdemin recently extended his Naïf imprint into a broad conceptual project on the edge between an artist album and a dj mix and it’s likely he’s coming armed with some dope and unheard sounds.

Wrapping up the international lineup is Moscoman, an Isreaeli-born Berlin-based dj and founder of Disco Halal – a label he himself describes as “a celebration of a world without frontiers, and a dreamscape ruled by love“. It is perhaps his Middle Eastern origin that injects the oriental sounds into his records – and distinctively affects his record selection too.

Before, after and in between the special guests, the whole crew of our resident djs [Alfred Czital, fleika, Møreti, Mutuju, nrmn, PSJ, Sinnan and Yan] will be in charge of the Ankali booth and keep the stamina going.

What else is there to say.

Thanks for the first year and see you on the dancefloor. 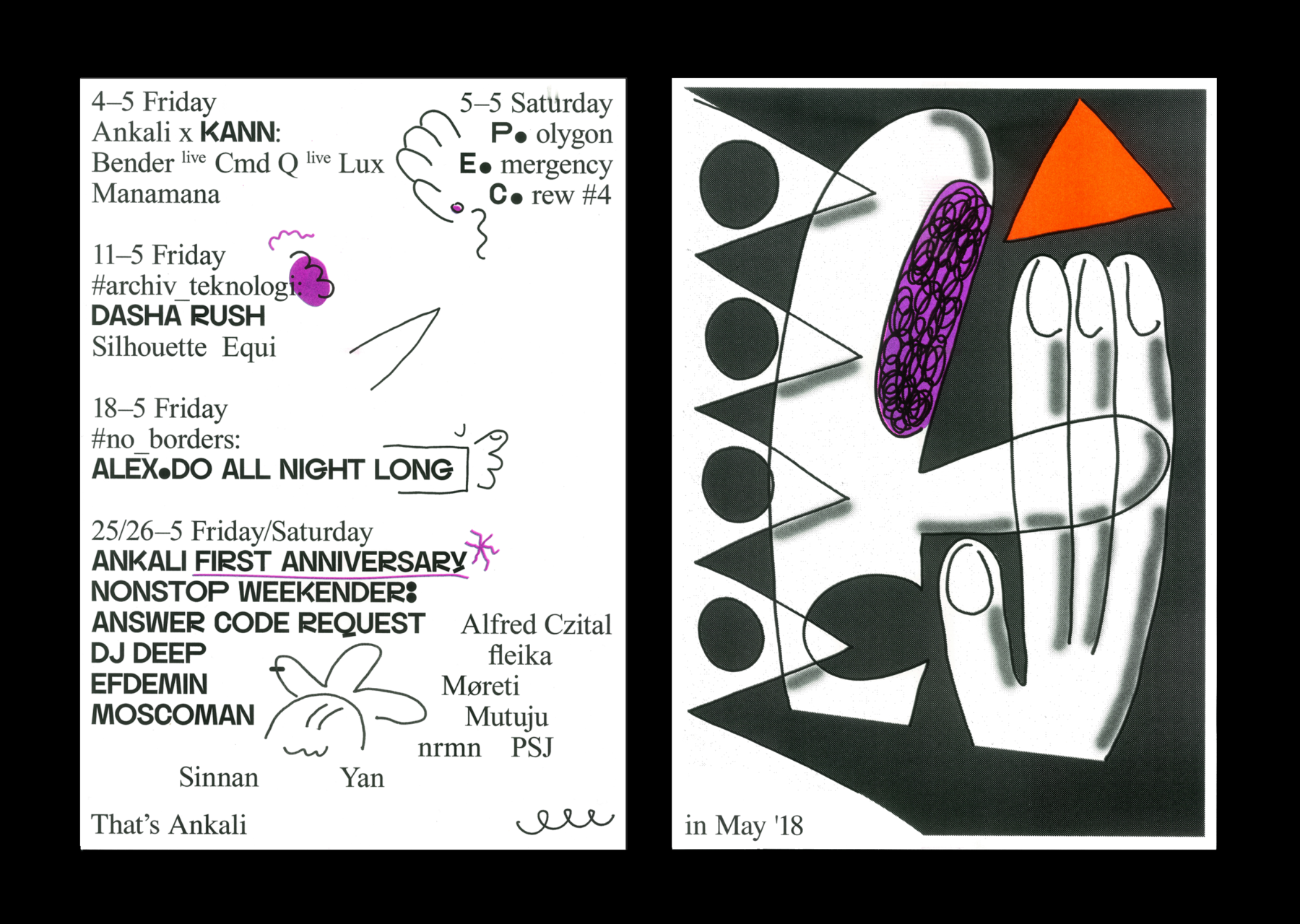