Yuggadus – a night dedicated to far-reaching echoes of Techno – is back in April with Blind Observatory who returns to Ankali after more than a year along with the residents Yan and Alfred Czital.

Blind Observatory is “a Berlin based artist that is influenced by science fiction with a certain nostalgia for the future”. In the past five years he’s only released a handful of EPs which draw from the heritage of 90s Ambient, basic Techno and even echoes of synth work found in proto-Trance. Chances are you’ve heard him play in ://about blank, Berghain or during his all night long set in Ankali in November and we’re psyched to see how his stellar sound has evolved since then. He’s locked in for an extended set so we could only advise to stay late – and come early! 4-hour warm up will be provided by Yan and Alfred Czital – two local expert selectors in adventures to the unknown depths of contemporary (dub) Techno. 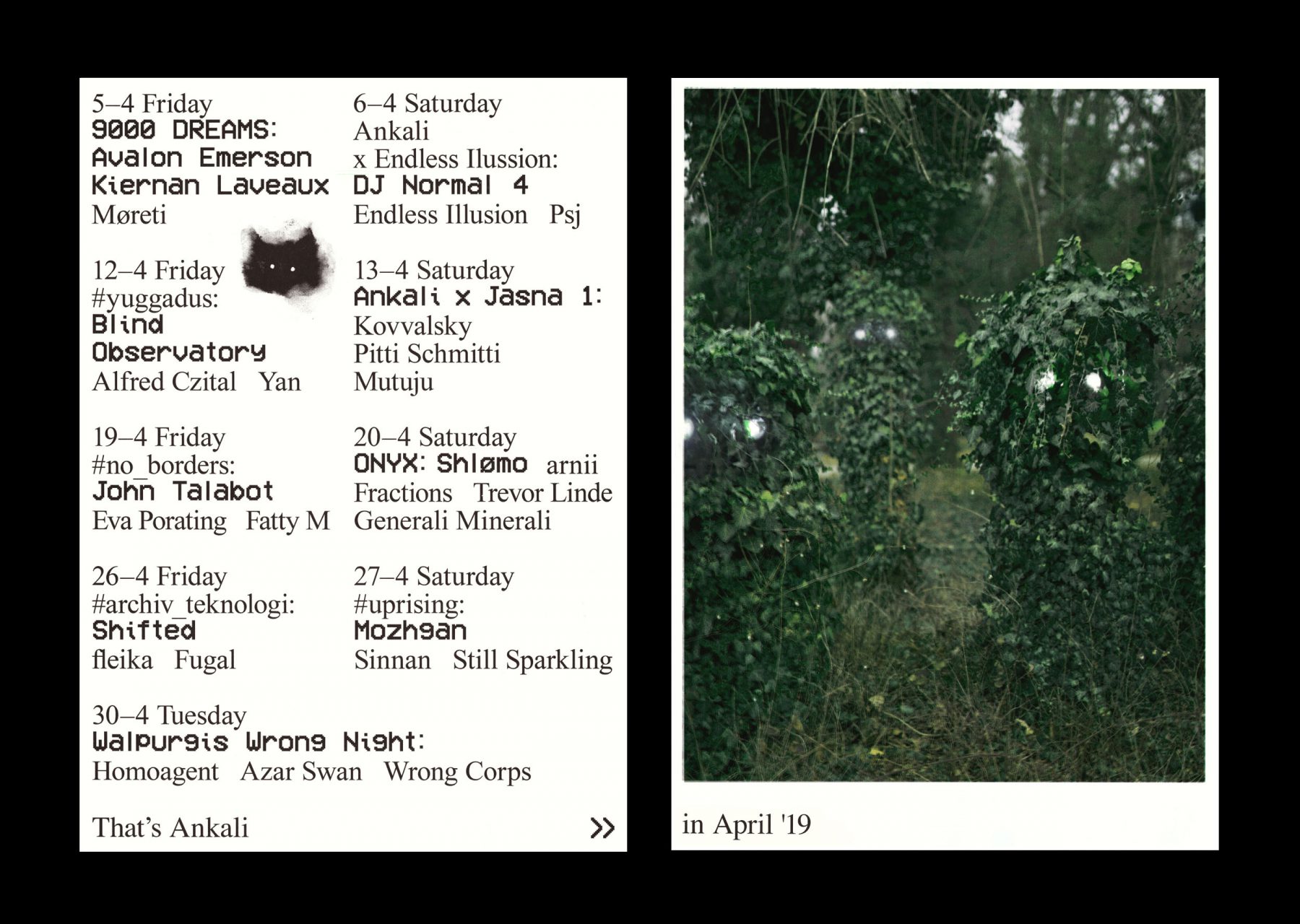