from delays of the past to signals of the future
from ( RARE ) sounds to Endless Illusion . .

Grey Skies, our mutual project with the nubilous machine souls of ( RARE ) and Endless Illusion is back in May in full effect with the French legend The Hacker and local heads whydie? and Exhausted Modern.

While these statements often tend to exaggerate, there is only a few producers who had such massive influence on European club culture as Michel Amato aks The Hacker. Producing since 1989, he was one of the leading forces of the Electro resurrection occurring circa 2001 worldwide known as Electroclash. The producers took cues from classic Detroit Electro sounds as well as New Wave and EBM and injected an acute dose of synth power into the veins of the then-fading club scenes. While maintaining fertile output of his own records, Hacker has been a long-time collaborator of Miss Kittin, along whom he gave life to such classics as ‘Frank Sinatra’ or ‘1982’. On May 10th he’s finally playing his long overdue Prague debut – in Ankali.

On the opening and closing duties will be two of the residents of the night – whydie? of the collective ( RARE ) and Exhausted Modern of the label Endless Illusion. 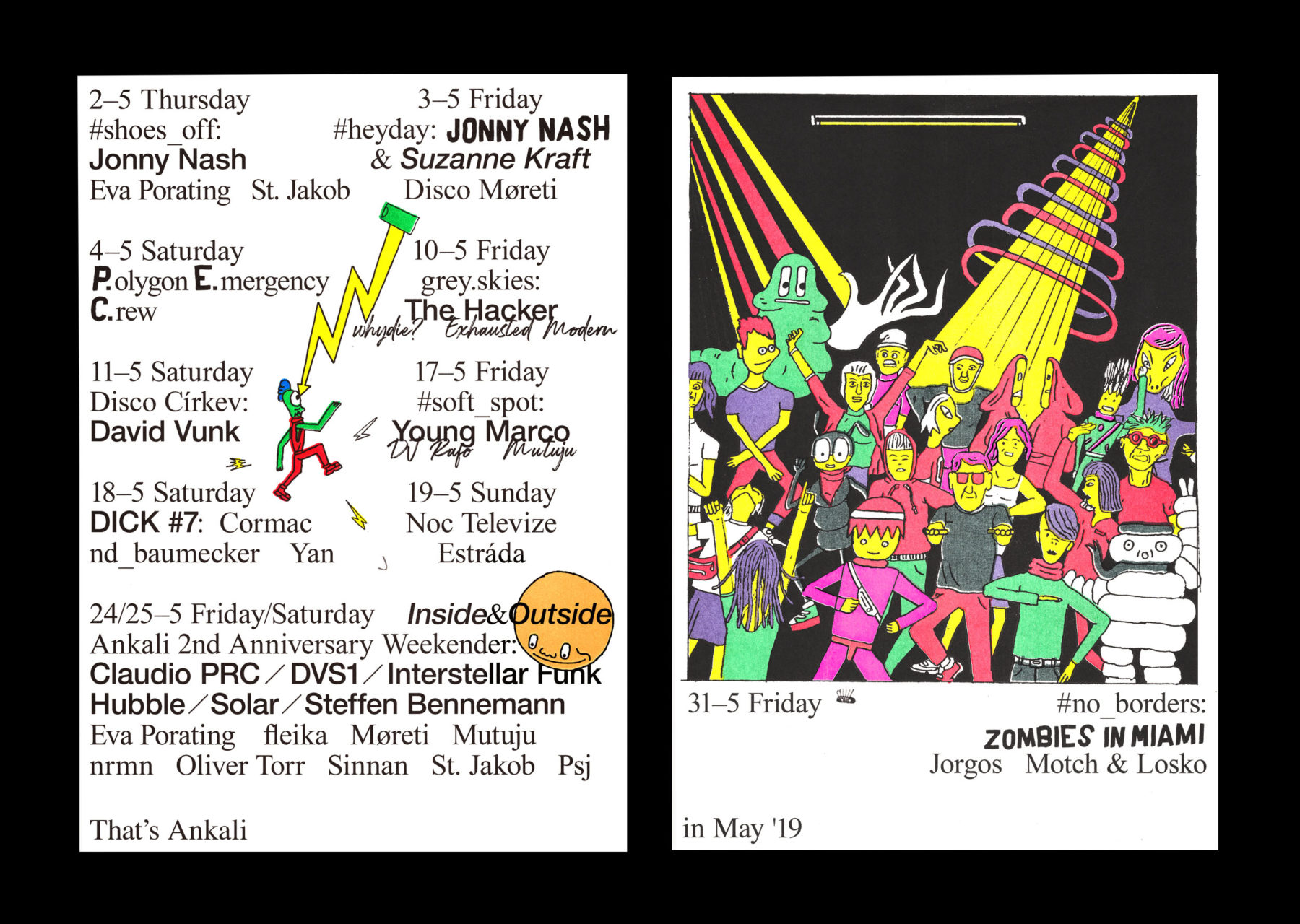