😈👹 ENDGAME (UK)
London DJ, producer and co-founder of legendary Bala Club, a collective known for producing raw and cutting-edge deconstructive club sound while exploring the extremes of light and dark, demons and angels in both their music and their style. Endgame is also the host of the Precious Metal show on NTS Radio.

ENDGAME ‘s recent mixtape ℭ𝔬𝔫𝔰𝔲𝔪𝔢𝔡 is inspired by the iconic British body horror movie Hellraiser, late 90s nu-metal, and early 00s grime. “The mixtape is me at my rawest and most brutal, but also heartfelt,” Endgame says. “I wanted to create an atmosphere that was bleak, but where there is hope in a demonic presence.”
soundcloud.com/therealendgame
endgamexo.bandcamp.com/releases
www.nts.live/shows/preciousmetals

😈 NEW MAGIC MEDIA (CZ)
NNM is a Prague based VJ, DJ, artist and feminist. Adina So also co-founded the LOLLAB platform and is a wonderful host of Radio Wave ECHO AS show, which focuses on experimental and hybrid forms of contemporary club music. “There’s no difference between the club and the demonstration” is a fave claim of her.
https://soundcloud.com/newmagicmedia
https://wave.rozhlas.cz/echo-adely-sobotkove-5185434

😈 NINJA PRIEST (CZ)
also performing as DJ BINGÓ. Ninja is hell of a talented producer and edm banger curator, which stands behind collabs with bilej kluk, Indigo or bloodflow. In 2018 he released his debut EP 𝒩𝑒𝓊𝑒 𝐿𝒾𝑒𝒷𝑒. His track Oxygene appeared on Post Carbon compilation by SOfT.
https://soundcloud.com/ninjapriest
https://soundcloud.com/ninjapriest/sets/neue-liebe-ep

😈 Martyyna (CZ, KSK)
A member of BLAZING BULLETS DJ crew and Prague-based co-founder of KSK club night, stepped into the producer game just a couple of years ago with loud roaring. Her experimental approach, based on honestly admitted chaotism and deconstruction is a promising message for local scene and inspirational example for every bedroom producer who misbelieves in a necessity of technical skillfulness as a precondition of sound creativity.
https://soundcloud.com/martyyna-1

LIMITED AMOUNT OF PRE-SALE TICKETS AVAILABLE VIA TICKET LINK.
TICKETS WILL ALSO BE AVAILABLE AT THE DOOR.
PLEASE READ OUR HOUSE RULES BEFORE YOUR VISIT. 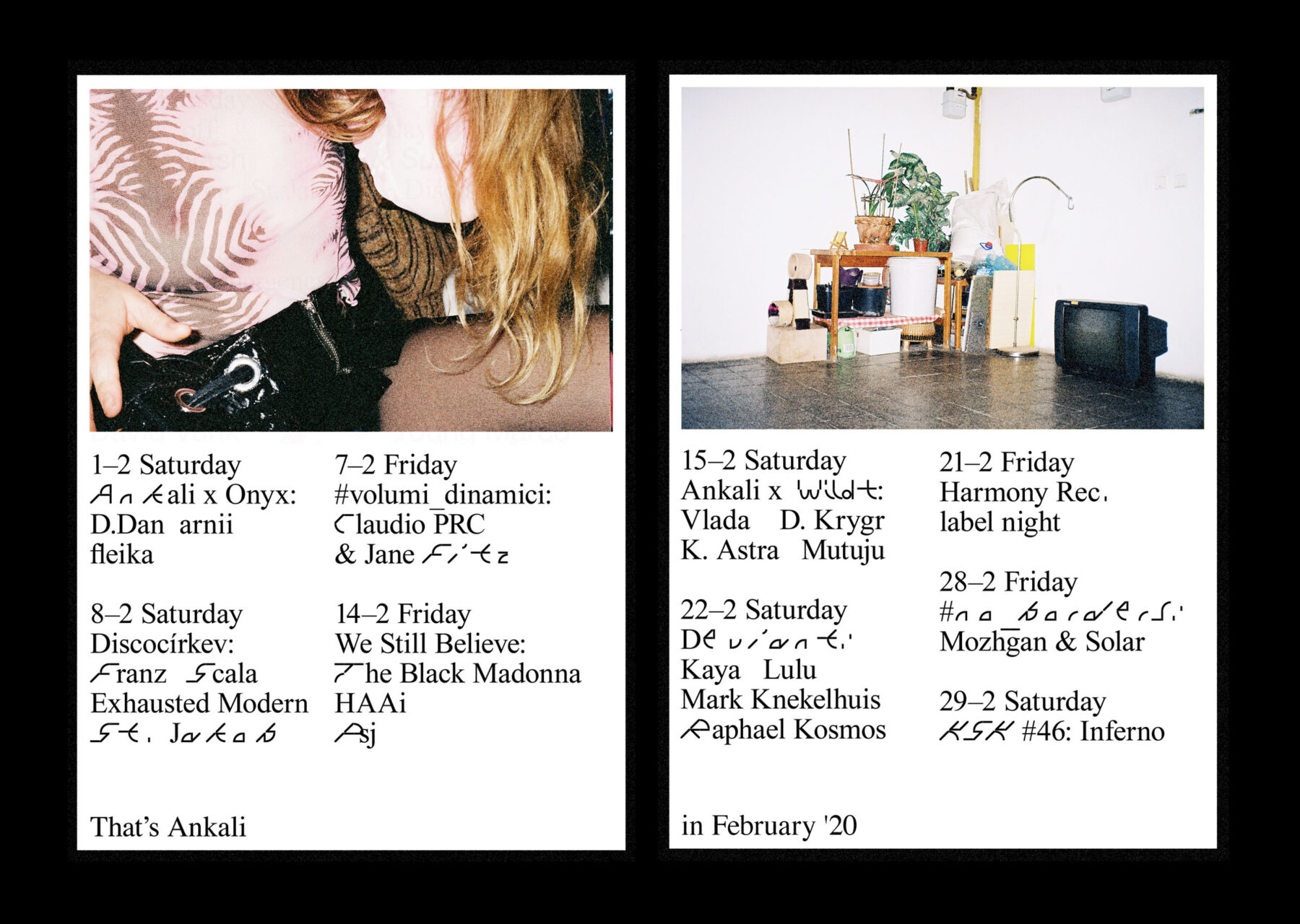