Phuong Dan is a suave kind of person. He moves and speaks slowly, infusing elegance and calmness to both his gestures and his words. Behind the decks you can see him always with half a smile that echoes in his eyes, swinging smoothly, and rarely without a glass of red wine. His name is definitely familiar. Throughout the years, he has established himself as one of the most adventurous and pragmatic DJs around, and has played in widely respected dance music venues as Salon des Amateurs and De School, as well as at high-rated festivals like Dekmantel, Positive Education or Berlin Atonal.

Dan’s sets are a hypnotizing mixed bag of rhythms and influences. He plays what resonates with him, expressing different moods by jumping back and forth between musical fields with some sort of sacrilegious attitude: leaving no boundary untouched. That is something the crowd is, knowingly or not, never alien to, for emotion can be sonically shared and there’s always an unspoken exchange between DJ and audience. For Dan, that’s one of the most important things. ‘As a collector and a DJ you inevitably have a specific taste in music and a certain way to present it and express yourself, but your audience is essential and meaningful. You need to communicate, it’s a kind of dialogue. I want them to enjoy themselves, to take them by the hand at certain moments, and in the end you might be taken somewhere by the dancers. Being empathetic is the ideal. Within the frame of reference you have you should try to make the best for everyone.’ 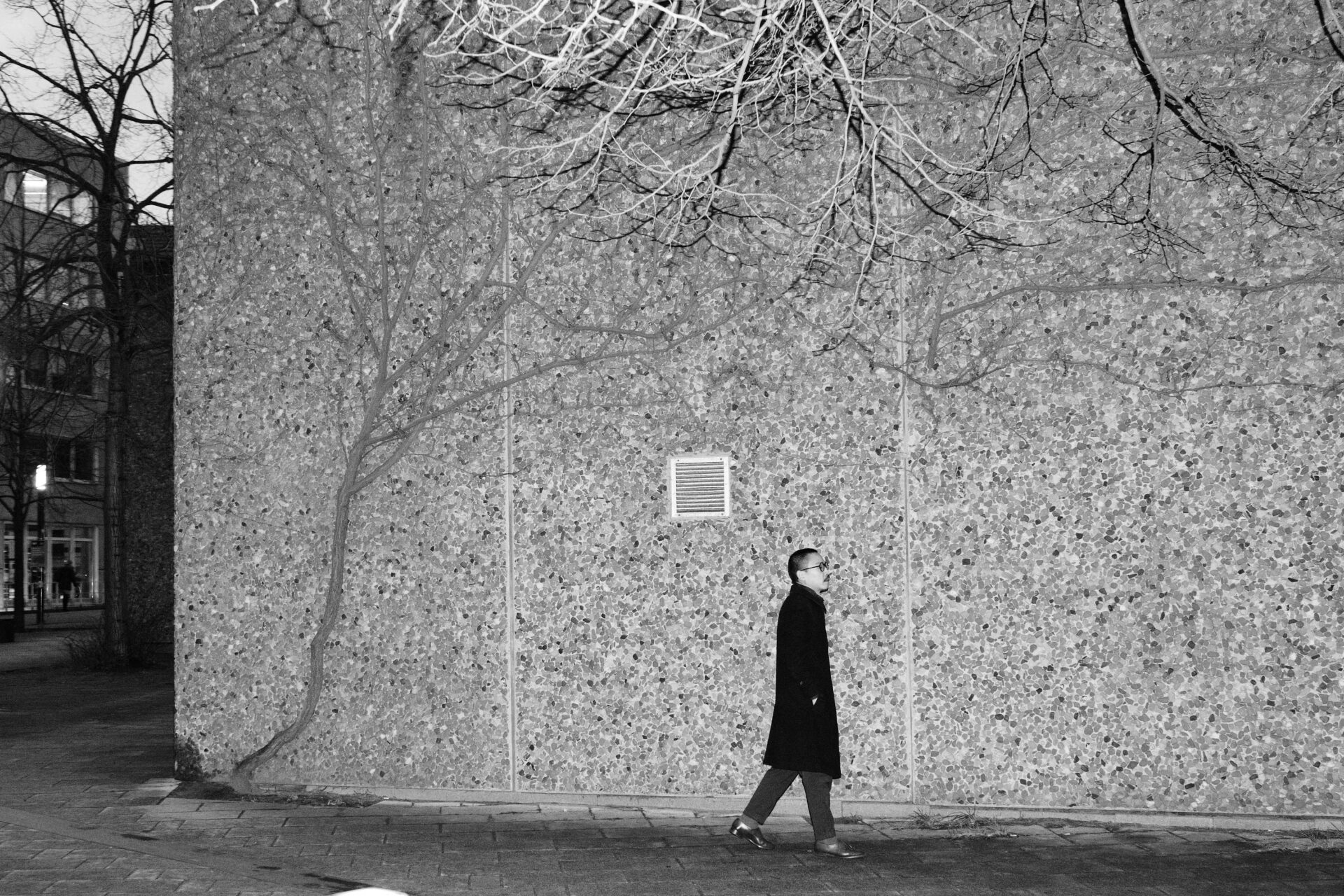 Dan’s approach to music – and beyond – is always underlined by a fundamental statement: above everything, you should enjoy what you are doing, and the rest will come along. For him, DJing came as a natural process, born from a true interest for music. Back in the day, he was a B-boy moved by his curious nature towards investigating the samples of the songs he was dancing to and thus collecting records. With no plan or higher intention, his passion slowly took over and made him one of the most respected artists in the cluster of so-called ‘selectors’: DJs that don’t stick to a defined genre throughout their entire performances, but travel through a wide repertory that doesn’t follow restrictions. Alongside Vladimir Ivkovic, Lovefingers, Toulouse Low Trax, Lena Willikens or Alexis Le-Tan, the tempo is not respected, and the character of songs can be playfully altered to fit a certain moment, place and emotion.

About the recent wave of recognition these wave of artists have received, Dan says he feels more than grateful: ‘We’ve been doing it for so long – other friends and colleagues way longer than myself. Back then, it was a really intimate scene – we were setting up private parties to make things like that happen. It’s amazing to see how it’s getting bigger and we’re reaching a wider audience. Now we can tour and have the chance to share what we love to another extent.’ The intimacy and personal connection of those living rooms is something Dan brings with him everywhere he goes.

‘We’ve been doing it for so long – other friends and colleagues way longer than myself.’

Based in Hamburg, he’s been hosting his idiosyncratic nights for almost two decades at one of the city’s most magical music institutions: the Golden Pudel Club. The Pudel is a little haven for all sorts of people, a welcoming hub buzzing with energy that stems from very different directions.’The programming is unpredictable, diverse and playful, so it reflects the particular open-mindedness behind it, and that is transmitted to the people that come’. Having such a space as his homebase, Dan saw his freestyle approach to DJing reinforced and supported. ‘[The Pudel] hasn’t changed much since I started when I was young. Even though the club underwent a renovation after a fire, its staff changed, it saw a new young generation of artists and promoters, its musical focus changed, and last but not least my own personal phases of musical interests evolved throughout time, and yet the entire spirit of the club is quite similar to what it was for me ever since. You really feel like doing what you want to do.’

That frame was the ideal one for his residency nights at the Pudel, the Gatto Musculoso series, through which he’s been regularly showcasing a diverse score of artists  since 2006, presenting names as Beppe Loda, Marie Davidson, Max Abysmal, D.K., Alicia Carrera, Vidal Benjamin, Ron Morelli or Marcel Dettmann. Even though the musical profile of the series is generally oriented towards unorthodox electronica, there are no limits to what can happen: from straight-forward techno to percussive Jazz to unconventional pop, the only underlying intention is the personal expression of the guests.

‘There was just the wish to make things that I liked come to happen, with the hope that they could mean something to other people too. (…)  I had met personally beforehand every single artist I have invited, so most of the bookings are pretty intimate. It’s a musical matter, but a subjective, personal one as well. There was no particular aim: it was more like ‘there’s this great space, this great people, let’s have a good time!’  Without prior intention or fixed slots, the nights revolve spontaneously around forging friendships through music with the artists he invites, about sharing a passion and transmitting it to the crowd.

‘I’m really into hosting. It’s a huge joy for myself to develop a program’. A welcoming person by nature, he reveals himself passionate about bringing people together and creating inviting spaces, either within or outside the musical field, as his event curation at Kunstverein Harburger Bahnhof in Hamburg, the Intonal Festival  or the Music From High Wires project prove. Following his calling and his first visit in Ankali, that caught his eye from the first moment, he decided to take on yet another cultural enterprise, and his new residency night Night Came Early was conceived. ‘I had a crush on the venue. Its space is stripped down and simple, but still warm and welcoming. The team was super nice, the crowd was curious and open… It felt fresh and comfortable.’

‘There was just the wish to make things that I liked come to happen, with the hope that they could mean something to other people too. 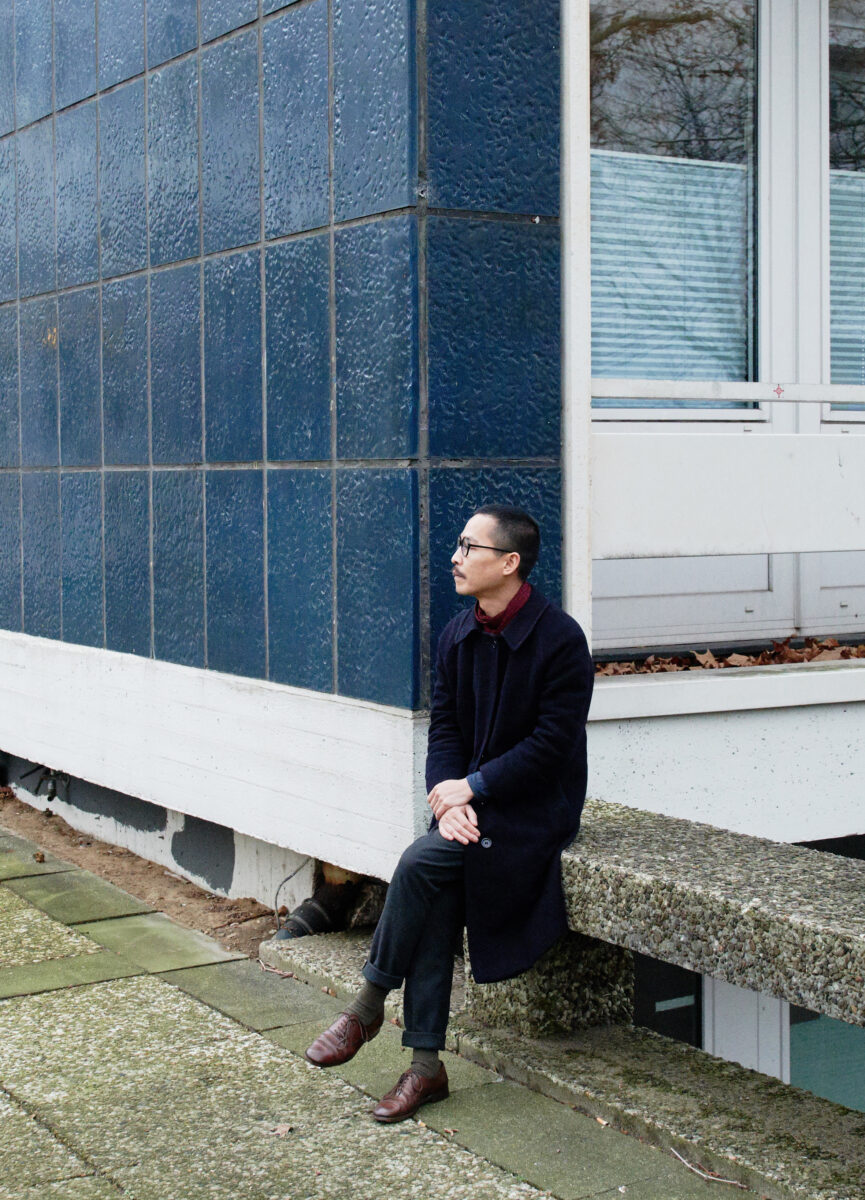 So what can we expect of his upcoming nights? Only sensitive artists having fun and bringing us to our feet on the dancefloor with an unplanned and instinctive dramaturgy. ‘What do I wanna do? It’s still me and my guests DJing and performing, but I don’t just wanna come and do a common thing. If you always have a structure – I warm up and my guests have the main time- all of us will do what we are used to do on our own. I thought it could be interesting to bring together people who never met each other and see what happens on spot. It’s more about navigating, being open and playful.’

Bringing in inclusiveness and breaking preconceptions or stiff lineup dynamics, he wants to encourage an experience and an exchange that will bring something bigger to both the artist and the crowd, to establish a dialogue between both parties and make both grow. ‘It’s mostly about having fun together, connecting, trying things out spontaneously. It’s not about forcing or educating, but offering and proposing. It can be a chance to show people something different and a chance to surprise yourself and each other. If they don’t like it, they don’t like it – that’s fair enough. But maybe they enjoy themselves and dive in, you never know.’

There will be many exciting things happening during Phuong-Dan’s residency, but we cannot tell you all of it yet. Let’s just start with the first event:

The residency will have its side podcast, with regular contributions from invited guests. The first episode was recorded by Philip Berg and serves as an appetizer for the upcoming event:

Visuals for the residency are designed by Czech illustrator Lucie Lučanská. 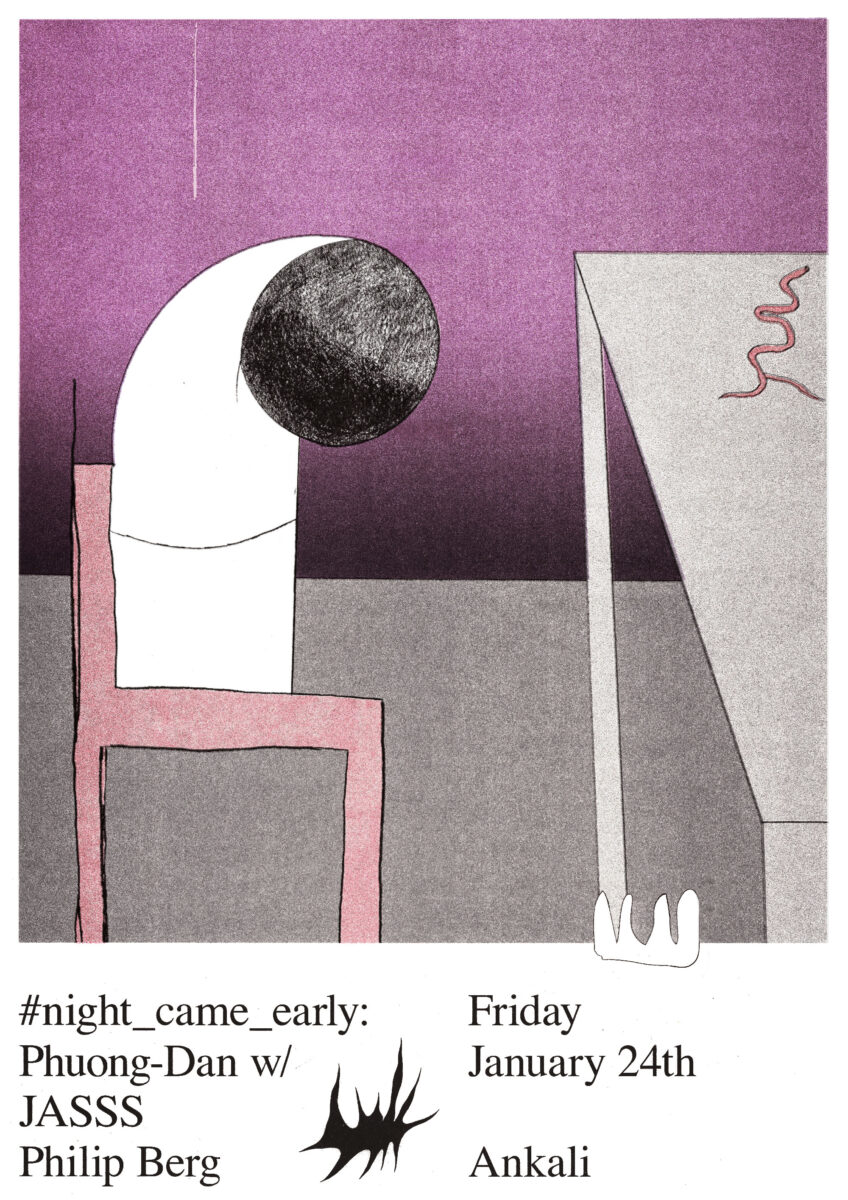