I’ve seen over and over again statements about how the music many of us live from and for wouldn’t be the same without the black creativity. I agree. Music has been a way out for the pain and frustration of their community from the gospel they chanted in times of slavery to the broken voices that painted the black struggle with blues, to more modern genres as the street-wise hip-hop or the mechanical abstraction techno originally was. And all that is an extremely valuable part of Humanity’s culture, the breeding ground of the universal musical macrocosm. Nonetheless, I can’t help but feel an utilitarian nuance to this position. I refuse to ‘validate’ an entire race upon its contribution to something I can cherish and enjoy from my privileged standpoint. Most of the time, their creation was a cry for help but just music to our ears. And that’s not enough. We have to resist the urge to make it about ourselves.

Fetishism of the black race fosters an illusion of support. Objectifying a culture, giving it a tag as ‘cool’ or ‘hip’ only to then appropriate it while arguing that such action is proof of your respect and appreciation is more damaging than contributive to any cause. It’s looting once again – because there’s no realm, no abstract or concrete creation, nothing that we will exempt from our influence and domination. The underlying statement is basically that whitening is a process of granting validity. Only when something – music, fashion, dance, hairstyle, you name it – is given the touch of grace of the white man it becomes widely acceptable and a legitimate object of love.

This is blatantly applicable to electronic music. Techno, house, electro, disco and other genres were born in places in the US such as Detroit and Chicago in the 70s-80s. They would only become a multimillionaire worldwide trend via the blooming European scene some time after, mainly boosted by the German and British, due to the impoverished reality of the communities that originally gave birth to it, which couldn’t afford such an investment. Detroit, for instance, has a poverty rate 3 times bigger than the national average. Fast forward some decades. If we give a closer look to most of the European festivals at the moment, it’s easy to realize that a considerable chunk of the lineup is white, especially when it comes to the main headliners (with the usual exceptions of legendary acts as Carl Cox and Jeff Mills, and other remarkable artists as Honey Dijon or DJ Stingray).

Such pattern of exploitation and domination is a constant in Human History. Injustice is an essential part of our system, in which some are specialized in winning and others in losing (E. Galeano). Without the looting of the southern hemisphere there wouldn’t have been funding to give way to the European Industrial Revolution. Without slavery, the US wouldn’t have garnered the economic surplus that kept them afloat and above other nations for centuries. The same thing happens with the dance music culture, that we -white people- appropriated and separated from its creators to an extent that a wide percentage of people blindly believes that techno is German. And just now, in this critical moment, we praise the real roots of it, once again moved by peer pressure and a poorly disturbed consciousness.

Most of the time, their creation was a cry for help but just music to our ears. And that’s not enough. We have to resist the urge to make it about ourselves. 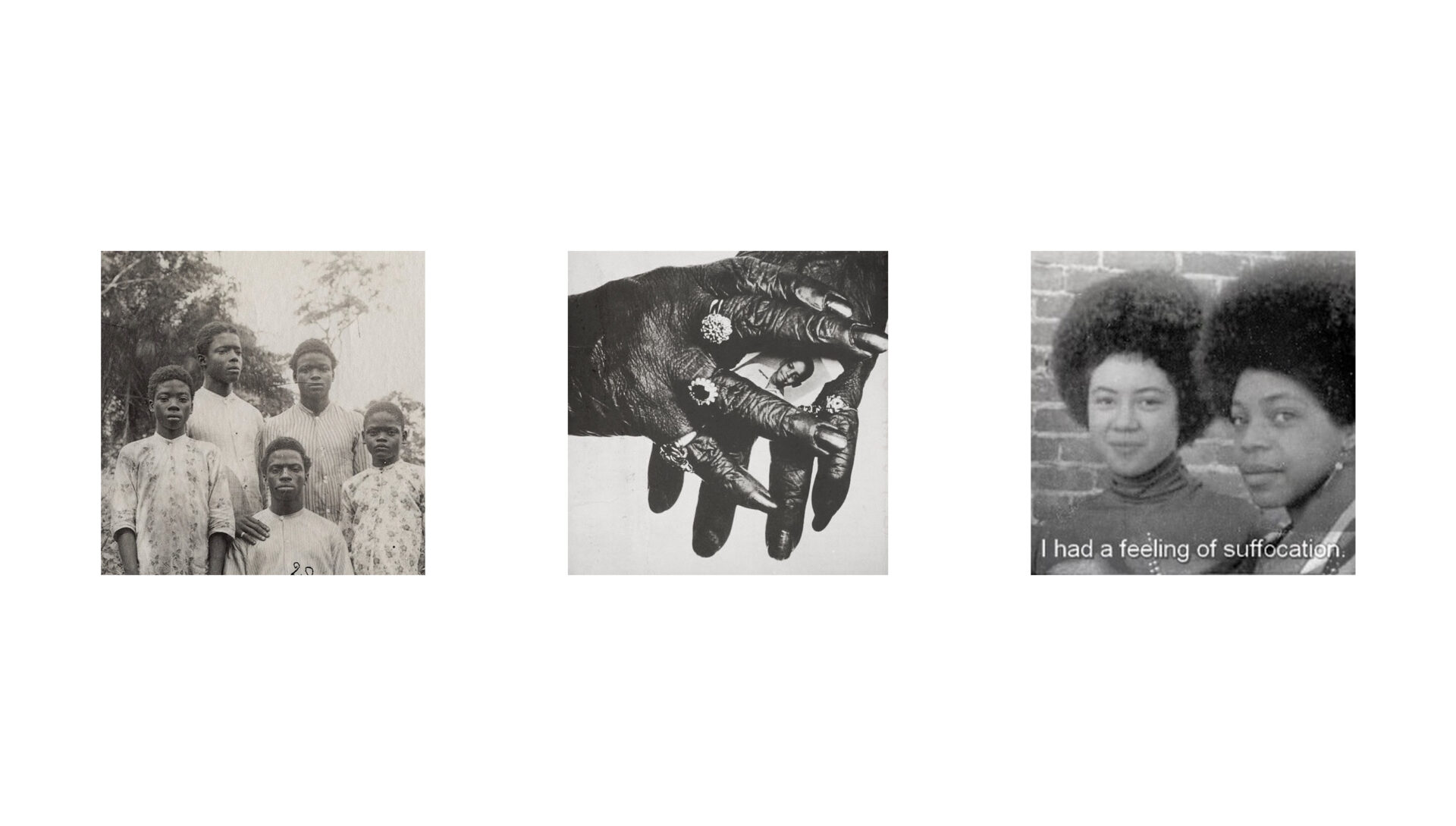 Thus, the support I think we should give to the black community stems from a deeply humanitarian vision that understands every human being as valuable independently of their origin, race, gender, status or any other condition. And just for the sake of being. It is a toxic capitalist standpoint to value an individual just because of their productivity and output. You are worthy a decent life and respect independently of what you make out of yourself: I care and enjoy your music, but you go before all that.

The current discomfort with the status quo cannot be separated from wild capitalism and the cluster of ideas that come along, ideas we have been socialised upon and that consistently undermine the value we give to human lives, reduced to their productivity. Structural poverty, systemic racism, segregation and the violent rise and legitimisation of dangerous political positions are only symptomatic of such illness. Don’t let yourself be fooled into thinking that this is strictly a race issue. This goes way deeper, to the core of the sad existence we have been forced into.

America is a country of poor that vilifies the poor. It’s a nation brought up to intimately hate itself under a cover of superiority that, the more blatantly fictitious it proves itself to be, the more enthusiastically people need to showcase. The worse the crisis, the louder the MAGA chants through which sad beings deprived of humanity are frantically deluding themselves once again into the mantra that theirs is not a messed up underdeveloped country, it’s the ‘land of the greatest’.

Hatred towards the others is ultimately born in self-hatred. Lives that lack access to a proper education, healthcare and perspectives of economic stability – all the basics for a decent life- cannot be contemplated with other thing than despair. The modern way of living ultimately makes us bitter. We act with bitterness towards the world that surrounds us. We want that world to pay. We need to feel good, but feeling good is not enough. We want to feel better than others and, for such a thing, we need the others to feel worse than us.

Borrowing James Baldwin’s wisdom: ‘I have always been struck, in America, by an emotional poverty so bottomless and a terror of human life, of human touch, so deep that virtually no American appears able to achieve any viable, organic connection between his public stance and his private life. This failure of the private life has always had the most devastating effect on American public conduct and on black-white relations. If Americans were not so terrified of their private selves, they would never have become so dependent on what they call ‘The Negro Problem’. The key to the success of the elite is in bringing the common people one against each other, because we need an enemy that can justify why we feel so utterly bad and lonely, be it another race, be it another nationality. 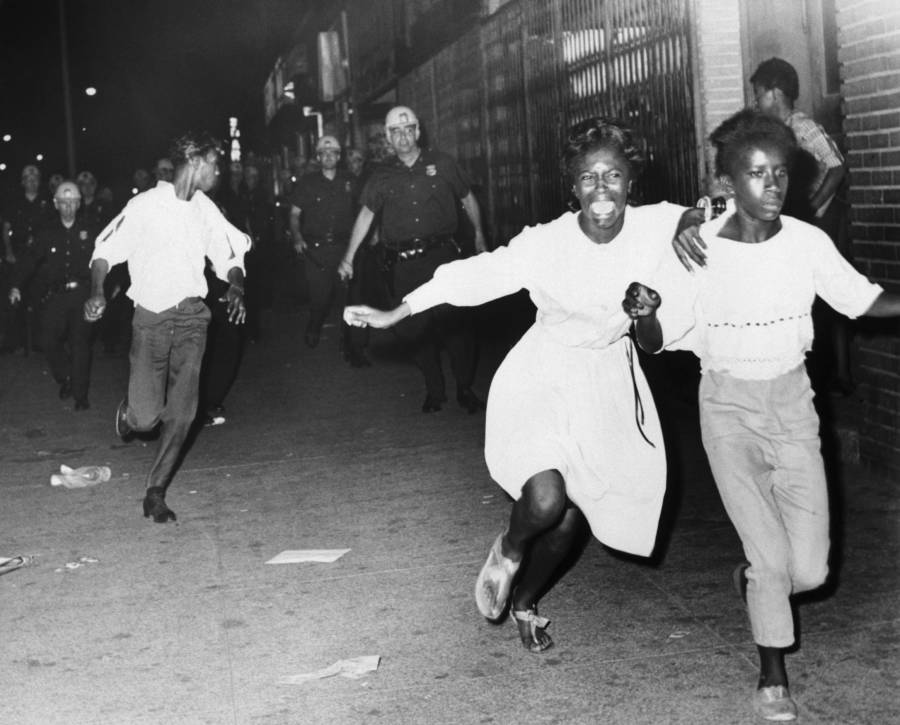 Under capitalism, we don’t live, we survive, and we do it alone. The struggle is normalised and romanticized. We are living times of scarce intimacy, of lack of connection, of barbed wires between human bodies. As the ever-relevant book ‘To Our Friends’ that the Comité Invisible wrote in the wake of the democracy protests after the 2008 economic crash, what moves the current insurrections is a deep ‘disgust with a life in which we’re all alone, alone facing the necessity for each one to make a living, house oneself, feed oneself, realize one’s potential, and attend to one’s health, by oneself. Disgust with the miserable form of life of the metropolitan individual—scrupulous distrust/refined, smart skepticism/shallow, ephemeral loves/resulting extreme sexualization of every encounter/then the periodic return to a comfortable and desperate separation/ constant distraction, hence ignorance of oneself, hence fear of oneself, hence fear of the other.’

Understanding a revolution requires abstract thinking. The explosive happening that gives path to a revolt is nothing more than a catalyst that conducts the rage and frustration that have been brewing for a multiplicity of factors. George Floyd’s death is not just a crime, it’s a symbol. It broke the last fragments of the illusion that some still held that the world is a decent, somewhat a nice place and justice is real. It’s not. We have to face it in order to change it. Again, Baldwin said ‘Not everything that is faced can be changed, but nothing can be changed until it is faced.’  I can’t keep my mind out of Charles Bradley’s rusty voice asking himself why is it so hard in America, the land of dreams, and crying out that the world is going up in flames. As prophetic as it gets.

When change seems impossible, revolution becomes unavoidable. You tell me what other option we have, when peace is instrumentalized to keep control of an increasingly tired and angry population. If peaceful protest was to hold within any potential change, it simply wouldn’t be legal. The most extreme form of violence is the slow genocide of generations living under the threshold of poverty, deprived of equal opportunities, thrown into the prison system for economic gain and widely fearing to be shot in the streets for ridiculous reasons. It truly looks laughable to compare such a degree of brutality to setting a building on fire. I say, fuck it. Let this wicked world burn, so we can be born again from its ashes. If they don’t give us justice, we won’t give them peace.

George Floyd’s death is not just a crime, it’s a symbol. It broke the last fragments of the illusion that some still held that the world is a decent, somewhat a nice place and justice is real. It’s not. We have to face it in order to change it. Again, Baldwin said ‘Not everything that is faced can be changed, but nothing can be changed until it is faced.’

Irregular series of opinion-based, subjective, observant and thoughtful elaborations on issues and matters related to the local electronic music scene and occasionally beyond. Contributed by our valued community members, Second Thoughts is about asking but not always answering, calling attention, re-evaluation, rethinking and envisioning.